Experts use countless CNC milling techniques in making the most out of their CNC machine depending on the size, shape, feature, and material of a part being machined. One of these techniques employed in the machining industry is the utilization of different cutting approaches, namely down milling and back milling. Using the right type of cutting approach for a specific application plays a significant role in making your machining successful. To set everything first into perspective, below are the definitions of each one:

Also known as climb milling. This approach involves feeding the work part in the same direction of the cutting tool’s rotation, resulting in a downward cutting force. The cutter engagement with the work part at its entry will cut the maximum material and then gradually reach zero as the cutter rotates. Having the same direction for the feed and the cutting tool rotation develops lesser resistance between the cutter and the workpiece. This could mean lesser heat generation during the machining process.

Also called up milling. This approach is known as the conventional way of milling that involves feeding the work part against the direction of the cutting tool’s rotation, causing an upward cutting force. Here, the cutting tool is forced against the work part as it engages, producing relatively high friction, and in turn, produces a higher amount of heat. In up milling, on the contrary to down milling, the cutter starts to subtract the minimum material until it gradually cuts the maximum material as it rotates.

What is the Difference Between Up and Down Milling?

These two methods differ on how they are fed. To explain further, below is a comparison of how they differ in tooth engagement, chip evacuation, cutting forces, cutter wear, and cooling.

Due to the opposite cutting direction of back milling, the chips load on the teeth at their minimum. This means that as a tooth engages with the workpiece, the width of the chips increases from zero to maximum. While in down milling, a tooth of a cutting tool starts to cut a chip of material from maximum to zero as each tooth engages with the workpiece.

Another distinction we have to learn about these two milling approaches is that the resulting chips separate from the work part differently. The chips during a back milling process are thrown in an upward motion, while in the down milling process, the chips separate in a downward direction. This means that in up milling, chips tend to accumulate at the cutting zone and may choke or be carried with the cutting edge during the milling operation, resulting in a compromised surface finish. On the other hand, in down milling, chips vacate the workpiece easily without much interference with the cutting. That’s why down milling is deemed to be more suitable for chip management.

Relating to the entry and exit of the cutting tool in both approaches, their cutting force for both milling methods also varies. The cutting force in back milling starts from zero to maximum, while for down milling, it begins from maximum to zero. Because of the way the material is cut in a down milling operation, relatively low power consumption can be attained for CNC milling.

Since back milling cuts in an opposing direction, it experiences higher friction, resulting in a higher chance of wearing the cutter edge. While in down milling, tool wear is relatively minimized because it cuts the material in the same direction as its feed.

When to use Back Milling and Up Milling?

In CNC milling, both down and back milling offers an advantage on a given situation and application. Described below are their benefits and on what circumstances are they best used on:

Advantages of Back Milling

Back or up milling is the traditional way of milling back when machines were not yet equipped with backlash eliminators. The opposing forces in this approach remove errors that a machine backlash may cause.

This milling approach is preferred for dealing with the rugged demands of rough cutting a work part with tough and brittle materials (e.g., hardened, cast, or forged). In addition to its roughing application, machinists tend to set their cutting approach to back milling when cutting thin-walled and extended surfaces. The reason for this is that deflection is minimized because of the opposing forces while cutting.

Advantages of Down Milling

As time went by, the technology behind the CNC milling machine has evolved, backlash eliminators are integrated within their mechanisms, enabling machinists to use down milling in their processes.

Down milling is considered the most efficient way in machining parts in normal circumstances because generally:

● It has a reduced load from the cutting edge resulting in lower tool wear and longer tool life.
● It produces a smooth surface finish because of its cutting approach (thick to thin)
● It generated lower heat than that of back milling.
● It requires a less critical work holding fixture.
● It has better chip evacuation.

With all these advantages, there are still things to be cautious about in down milling. These are machine backlash and the deflection of both the cutter or the work part.

Down milling and back milling is a different approach used in providing CNC milling services, both offering an advantage in a given situation or application. The fundamental distinction between these two is their cutting and feed direction. In down milling, the material is provided in the same direction as the cutting tool rotation. On the other hand, in back milling, the material is fed in the opposite direction as the cutting tool rotation.

From the discussion above, here are the things we can conclude: 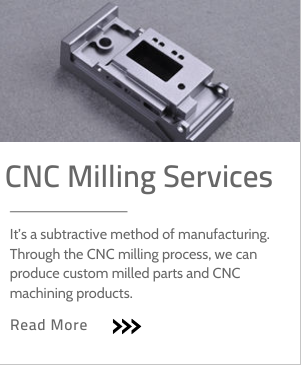