With the continuous development of Industry 4.0, the creation of robots has promoted the development of labor-intensive operations to technology-based operations and upgraded to intelligence. Especially in the logistics industry, the warehouse logistics robot is an important part of intelligent logistics. It responds to the development needs of the new era and has become a breakthrough point for the logistics industry in solving bottlenecks such as high dependence on manual labor and limited sorting capacity during peak business periods. The application of warehouse robots makes the activities of logistics, from production, circulation to sales, change dramatically.

Prototype design and importance of warehousing and logistics robot

A prototype is a physical object that turns an idea into a reality that can be seen and touched. Prototypes are more convincing and more advantageous than drawings. Prototyping a robot can help shorten development time, reduce guesswork and create real results without assumptions; reduce costs and review rounds; facilitate the creation of more accurate requirements; speed time to market; and help increase opportunities for investment.

Warehouse logistics robots belong to a sub-category of the industrial robot industry, and their development has gone through three periods.

The first period is program-controlled robots. The robots at this stage were implanted with few and single program commands, did not yet have recognition functions, and could not make timely program adjustments to the surrounding environment and actual conditions. The second period of adaptive robots adaptive robots are equipped with advanced sensors. The robot program is further enhanced, and a computer can be used to control certain features. The intelligent robots of the third period are more human behavior characteristics and can have diverse perception and interaction capabilities.

Process innovation and product innovation are subject to continuous improvement and optimization, which shows the importance of prototype play. In the process of warehouse logistics robot development, the prototype allows the designer to discover its problems and defects involved in the first place, reducing the cost of subsequent trial and error. 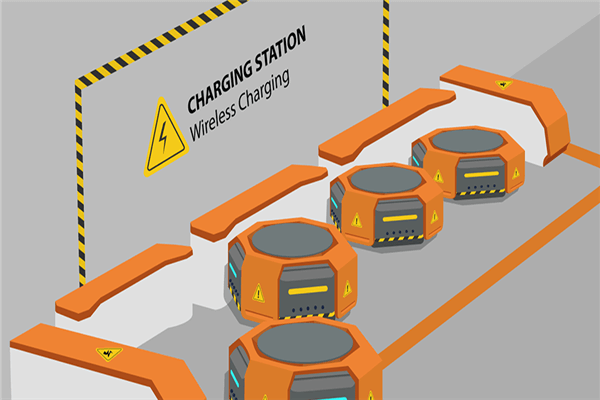 Unmanned handling vehicles, also known as automated guided vehicles, or AGV robots for short. Among the five categories, the most typical and widely used is the AGV robot, which is mainly responsible for the transportation of goods in the warehouse, but is different from other large transport equipment; AGV robots are mainly responsible for the transportation of small, light-weight goods. It is a high-performance intelligent logistics operation equipment, works in the handling and movement of goods. The core technologies used by AGV robots include sensor technology, navigation technology, and system integration technology. 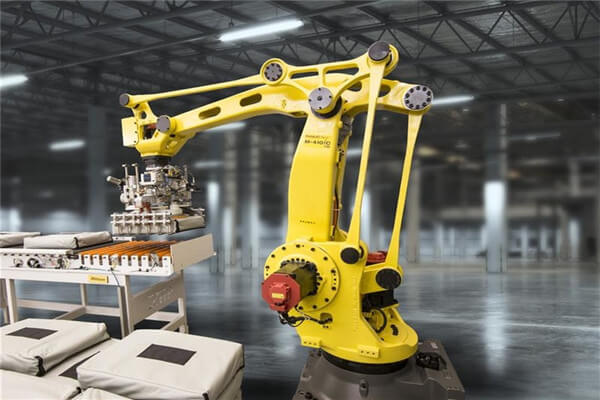 Palletizing robot is a type of palletizer. It is capable of replacing the manual work of sorting, handling, and loading goods, stacking materials into pallets automatically according to the optimal design instructions, and conveying equipment for that material. Especially applied in production lines, it can provide intelligent services to the production site, which not only improves the efficiency of palletizing operations but also increases the productivity and production revenue of enterprises. 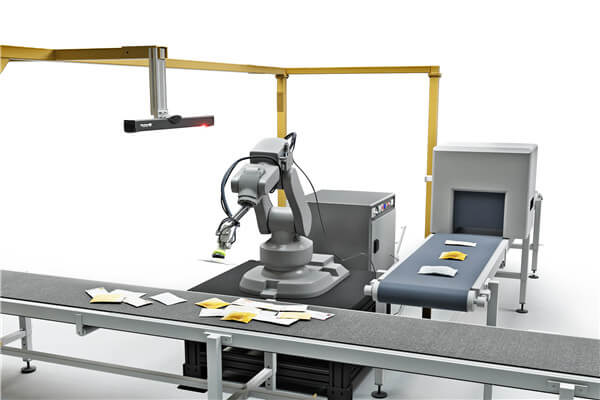 A sorting robot is a robot that integrates sensors, objective lenses, and electro-optical systems to quickly sort goods. It is like a human “eye”, “brain” and “hand”, which can recognize the shape, color, material, etc. of the goods through its own image recognition system. The robotic arm then follows the brain’s command to grab the appropriate items and place them in the appropriate location to achieve rapid sorting of goods. Sorting robots are commonly used in logistics industry applications. Because one of the more complex parts of the logistics process is sorting, relying on labor is a time-consuming and labor-intensive process. Sorting robots are able to sort goods continuously and in large quantities; sort accurately and efficiently, with low error rates; and achieve largely unmanned operations. 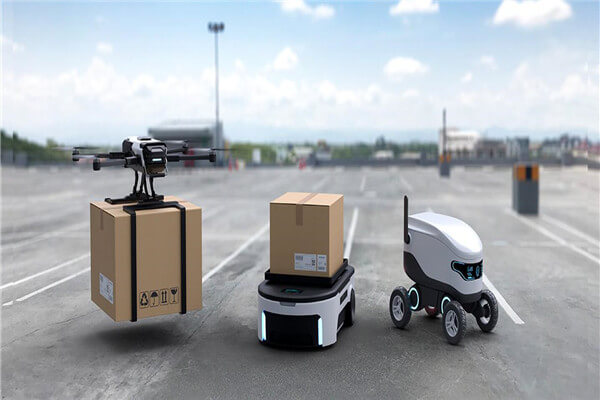 AMR robots, also known as autonomous mobile robots, are generally wheeled or humanoid robots that carry a variety of sensors and are programmed to move autonomously. AMR offers a number of opportunities to significantly optimize processes and workflows, with solutions that are more flexible, cost-effective, safe and reliable, and flexible in deployment, making automation easier than ever. 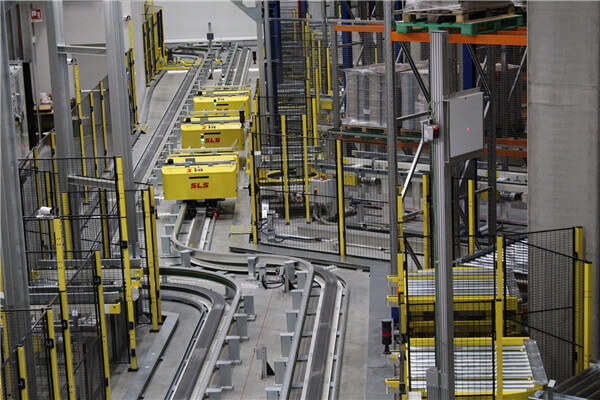 Shuttle car is also known as the rail-guided vehicle. It can be programmed to achieve tasks such as pickup, delivery, and placement, and can be automatically linked with multiple devices such as forklifts, stackers, elevators, and access stations. It realizes the functions of automatic identification and automatic three-dimensional warehouse access. It has the characteristics of fast running speed, high flexibility, and simple operation.

Advantages and prospects of warehouse robots 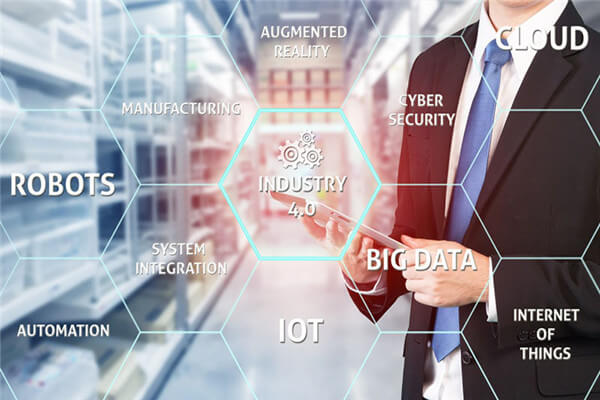 The application of warehouse logistics robots offers tremendous advantages. Intelligent robots have reliable scheduling capabilities through data analysis and central control. It can improve enterprise logistics management and standardize cargo placement operations. It can improve the accuracy rate of operations, reduce the sorting error rate, and lower the loss of goods.

The warehouse robot is generally small in size, and it can reasonably utilize the warehouse area and space, improving the neatness of the workplace and the effective application rate of the extended warehouse. Warehouse logistics robots also have the advantages of optimizing process flow, saving manpower, material and financial resources, and security.

In the future, warehouse logistics robots will be used in more industries. It helps enterprises to improve the productivity of automated manufacturing, creates a human-machine-friendly production environment, and establishes a good corporate image. While obtaining good economic benefits for enterprises, it also obtains good social benefits.

logistics automation: from prototype to reality

Prototypes can serve as your calling card, the beginning of showing you to customers and getting to know you. Rapid prototyping is the best way to quickly demonstrate what makes your product different and make a positive impact on your company and your peers.

If you are planning a warehouse logistics robot machine project and would like to show your robot prototype to your customers, please contact us. Let’s work together to turn prototypes into reality and realize logistics automation. 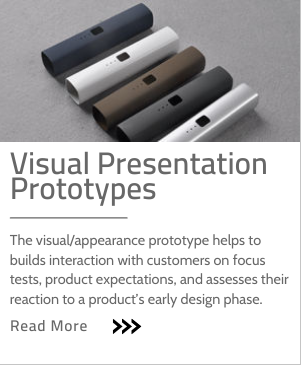