Metal engraving is a process that has to do with the removal of material from a solid metal surface. Manufacturers vaporize substrates like steel, titanium, aluminum, and many other metals with high-intensity laser beams from engraving machines. Asides from laser engraving, there are other metal engraving methods with their prospects and constraints.

This article explains engraving and all that it entails. We will discuss metal engraving, how to engrave metal, benefits, and tips to consider for laser engraving metals. Let’s get into it!

What Is Metal Engraving?

Various industries such as automotive, medical, jewelry, energy, and aeronautics use laser engraved metal parts for their operations. Project managers and business owners can brand their products with this technique. Texts, serial numbers, logos, codes, and other things can be engraved into different metal materials using various engraving methods.

How Does Metal Engraving Work? 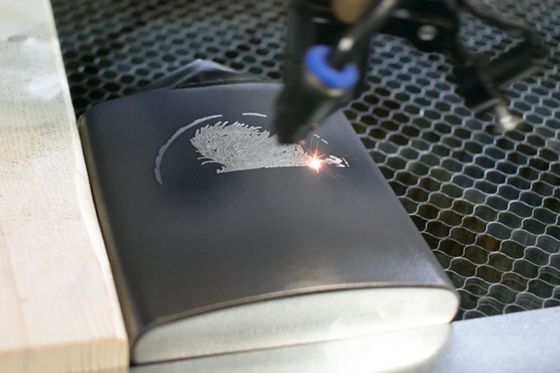 What Kind of Metal Can Be Engraved?

Anodized or coated aluminum is a good material for making trophies and plaques. Machining grade aluminum is suitable for creating control panels, industrial applications, and interior and exterior signage. Permanent and high-contrasting engravings can be made on all types of aluminum, ranging from raw aluminum to aluminum and coated aluminum.

“Engravers brass” is a soft and readily available metal for engraving. Commercial brass is unusually thick and hard to engrave. For deep engraving, it is best to use brass with a thickness of 0.040 to 0.060 inches. This type of metal is best paint-filled to get high-quality contrast between the background and the engraved feature. 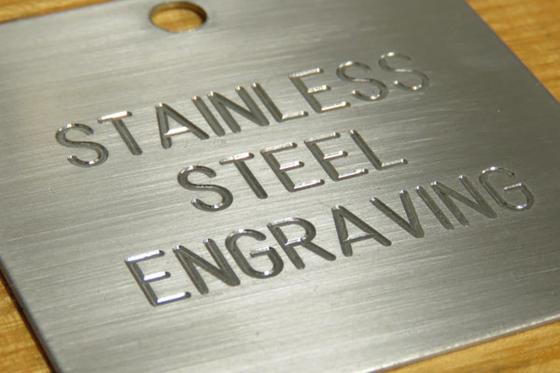 Stainless steel has many benefits, even though it is much harder to engrave. It is moisture-resistant, corrosion-resistant, and very durable. A collet spindle is a primary tool required to cut stainless steel. Collect spindles with a split collet delivers deeper cuts due to its extra rigidity and produces much lesser cut chippings.

Laser engraving is sometimes not suitable for cutting stainless steel because its laser may remove a vital protective layer. Therefore, manufacturers use laser annealing as the ideal substitute.

These are soft metals that are pretty easy to cut. They are the perfect material for making gift items in most engraving applications like the personalization of jewelry. Diamond-drag engraving provides the best results working with these materials. You can make deep cuts on these materials with the same tools used to cut brass. In most cases, you do not need cutting fluids to cut silver, gold, or pewter.

The following are the common techniques used for most engraving services: 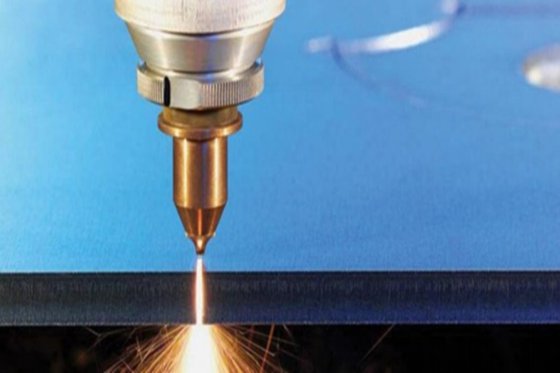 Laser engraving is one of the quickest and most reliable ways of creating markings on parts. The process relies on the ability of laser beams to vaporize specified areas of the component in given patterns. The most suitable term to use here is sublimation – a process that converts metals (in solid states) into gases without becoming liquid.

The laser beam supplies a high amount of energy to the part’s surface, causing it sublime. As a result, there will be a high-contrast modification to the material’s surface. This process helps to engrave barcodes, logos, serial numbers, part numbers, and QR codes.

The high reliability of this technique makes it a popular metal engraving method. It ensures the identification and traceability of parts for a long time. Laser engraving on metal is fast, long-lasting, and provides deeper dents than laser etching and marking.

●Plastic – The temperature needed for laser engraving often varies in nature. It varies due to the absorption range of the plastic used and the additives used in the manufacturing process. Plastics that can be laser engraved include ABS, polycarbonate (PC), PET, Polypropylene (PP), Acrylic, etc. 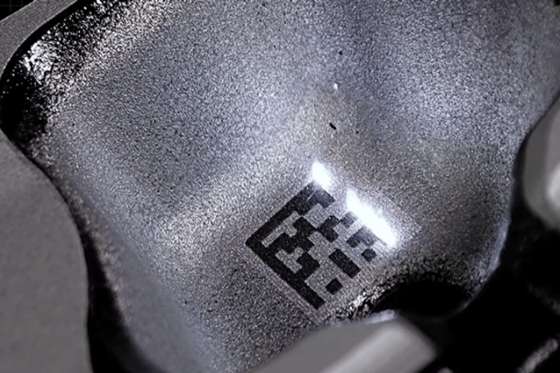 Some people tend to use laser etching and engraving interchangeably. However, these processes are different methods despite having identical objectives. Laser engraving involves physically removing parts of a surface using a laser beam. It creates a cavity on the metal surface that can be felt and seen.

On the other hand, laser etching metal involves heating the metal surface with a laser beam to melt a specific region of the metal surface. The heat from the laser beam melts the surface causing the material to stretch or expand. This action creates a raised mark that can be seen and felt.

The significant difference between laser engraving and laser etching lies in their impact or transformation caused on the metal surface. The laser etching process doesn’t involve any form of material removal. It does not create deep marks like laser engraving. The patterns that etching permits are often 0.001” deep or less. 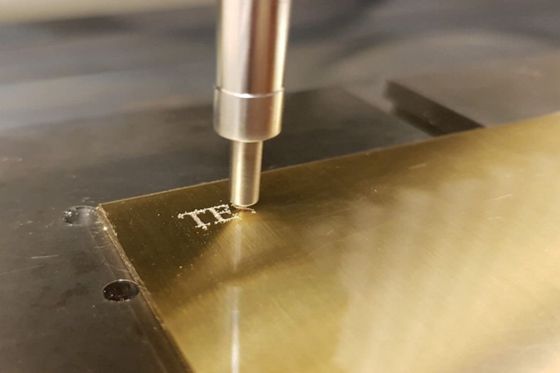 This process is another reliable metal engraving method, creating quality and accurate engraving identical to hand engraving. It uses a non-revolving device with a cone-shaped diamond end to engrave metals. The tool drags itself through the surface of the metal as it forms the impression.

Diamond drag is best suited for soft metals, and it efficiently engraves trophies and jewelry. This engraving process is less expensive to maintain and is generally very fast. Its stroke widths enable easy engraving of small letters. However, its limited stroke width renders the process inefficient in some cases. 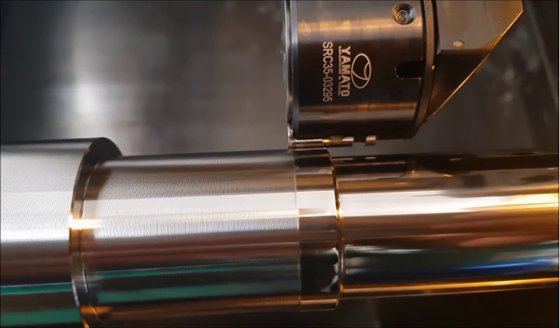 Burnishing is a newer method serving as a better substitute for Diamond-drag. Unlike the Diamond-drag, it uses a rotating tool with a limited pressure level. The engraving tool is a diamond or carbide cutter with varying tip widths that remove top coatings of metals and form a smooth and polished finish.

Burnishing has its advantages as well as setbacks. One advantage of this method is its unlimited stroke width and more extensive letter heights freedom. On the other hand, its major setback is that it is costly and requires a noisy engraving motor. It also requires an extra burnishing adapter to function well. 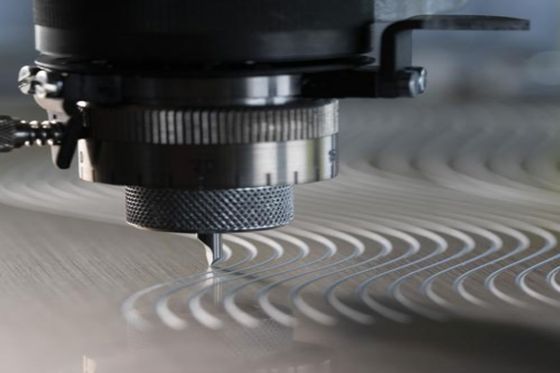 The rotary engraving process uses either a single or many extended, narrow cutters that spin through metal parts to remove material from them. It creates a deeper cut or the full cut-out of the desired letter or object. The spindle micrometer’s settings help control the cut’s depth during most applications.

This technique is a permanent engraving method that permits virtually any size or width of letters needed. Consequently, it achieves two- and three-dimensional appearances on metal surfaces, making it ideal for industrial and commercial applications. However, it requires a broad selection of cutting tools, a motor, a rotary spindle, and a thorough clean-up.

Laser engraving refers to placing information onto surfaces of components by evidently penetrating the surface of the material. On the other hand, laser marking involves putting legible information onto parts’ surfaces with little or no penetration.

Laser engraving on metal changes the structure of the metal surface as it removes material from it. By doing this, the technique causes lasting high-contrast marks that are easy to identify. In contrast, laser marking uses a concentrated laser beam to change the workpiece’s surface. The four common laser marking methods include foaming, coloring, carbon migration, and annealing.

Many manufacturers use galvanometer or fiber laser systems to mark bare metals and enhanced plastics. These lasers possess unidentical wavelengths to CO2 lasers that permit marking raw metals with the aid of a metal marking agent. While manufacturers often use laser engraving and marking interchangeably, they are different.

Considerations For Laser Engraving on Metal

Laser engraving applies to a wide of applications. Here are a few tips to help you get the best possible results from the process: 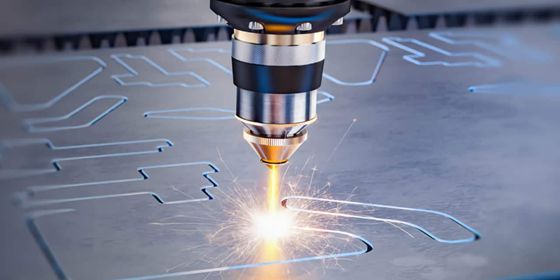 ●Ensure that your metal is clean before carrying out laser engraving. You can also clean the metal with a neat cloth and denatured alcohol. Engraving a dirty metal is more likely to give errors.

●Apply a balanced amount of the laser engraving sprays on the metal, enough to prevent the metal from shining through. Too much of the spray may require you to engrave more than once.

●When engraving a substance for the first time, you need to conduct a test on it. Metals have varying settings for engraving. The test allows you to discover its optimum laser speed and power settings.

●Use a raster setting for all images, graphics, and text. Turn the autofocus setting on or give it a manual focus for better placement.

●In cases where the engraving washes off, reduce the speed of the engraving. A slower pace generates higher heat energy which permits better fusion.

Metal engraving is an excellent process for high-quality product finishing and branding. Due to its increasing demand, most designers and manufacturers now turn to metal laser engraving. Therefore, it is versatile in industrial operations, commercial product markings, and many more.

If you’re looking to make your products stand out, you should take advantage of this process. However, you must work with a reliable manufacturing partner to get the best results. Contact us at WayKen today, and let’s bring your concept to life.

How Long Does Laser Engraving Take?

Laser engraving typically takes from 5 seconds to a couple of hours. The time it takes to engrave metal depends on the complexity of the design, image, or text to be engraved, material type, and the laser’s power capacity.

Will an Engraving Wear Off Eventually?

Engravings are often permanent, and removing them is often near impossible. This is because the laser engraving machine cuts into the object’s surface, not printing on its surface. However, it is possible that an engraving can be eroded after a long time. In some rare cases, a laser engraved metal may require refinishing.

What Metal is Best for the Engraving Technique?

Aluminum is by far the most suitable and commonly engraved metal. However, stainless steel, brass, and copper are also ideal for the process due to their excellent heat transfer capabilities. 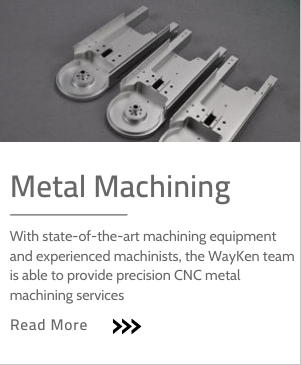