Selecting the most cost-effective, and appropriate types of the thread makes your task reliable and easy. So identification of cotton thread, polyester thread, and royan thread is essential for fitting connection. Straight threads (also called Parallel threads) and Taper threads are the two main styles of threads.

There are different types of threads found, and some main types of threads are parallel threads, including BSPP, UN/UNF, and metric parallel. The second type of thread is tapered threads in which metric tapered, BSPT, and NPT thread/NPTF thread are included.

What Is Screw Thread? 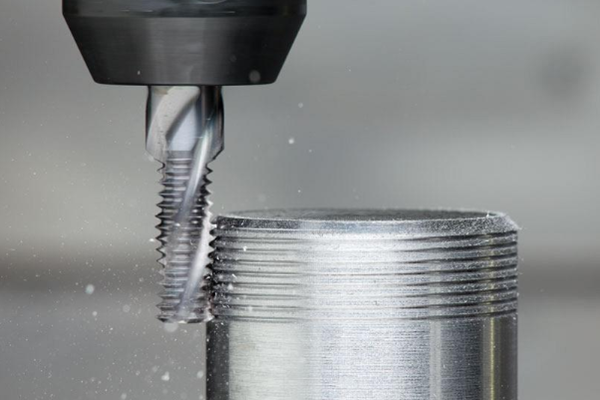 We use a helical structure to convert between rotational and linear movement is called thread or screw thread. Screw threads are essential features of a screw machine and of thread fasteners.

We can use screw thread in various applications, and it is a ridge wrapped around a cone or cylinder. The screw thread is in the form of a helix. The lead of a screw thread is the linear distance-the screw can travel in one revolution, and the mechanical advantage of screw threads depends on its lead.

There are two common forms of threads: straight threads and tapered threads.

Straight threads have a parallel profile that remains the same diameter throughout the part.

Tapered threads taper along with the thread profile and become smaller in diameter as the part moves down.

Geometric Parameters of the Thread

Before introducing types of thread, let’s have a general idea of the main geometric parameters of the thread.

Major and minor diameters are geometric parameters of a thread. Major diameter (outside diameter) is the largest material diameter of a gear tooth or thread feature. Outside or external thread diameter means the diameter of a screw and includes a raised helix height around the thread. Using a clipper rule or a thread pitch gauge, you can measure the outside diameter.

The major diameter or outside diameter is measured using an external thread screw.

Minor diameter can be defined as an imaginary cylinder that can touch the roots of the thread crests (a prominent part of a thread) of an internal thread or the roots of an external thread.

Special equipment is required to measure major and minor diameters. Minor diameter is a screw’s diameter that can measure at the root of the thread at the intersect area of the screw or the base of the thread.

The Pitch of the thread, or we can say it as thread pitch, is a distance from a point on the same screw thread to a corresponding threshold.

The thread pitch will be on the next thread that can measure parallel to the axis. It should be between corresponding points on an adjacent surface in the same axial plane.

Tooth angle terminology refers to the shape and geometry of a thread. Threads can find in various shapes and styles. The tooth angle may be trapezoidal, square, or triangle.

The angle, which includes between the sides of the thread measured in an axial plane, is called the threaded angle or angle of the thread.

There are different types of threads found, and some main types of threads are parallel threads, including BSPP, UN/UNF, and metric parallel. The second type of thread is tapered threads in which metric tapered, BSPT, and NPT thread/NPTF thread are included. 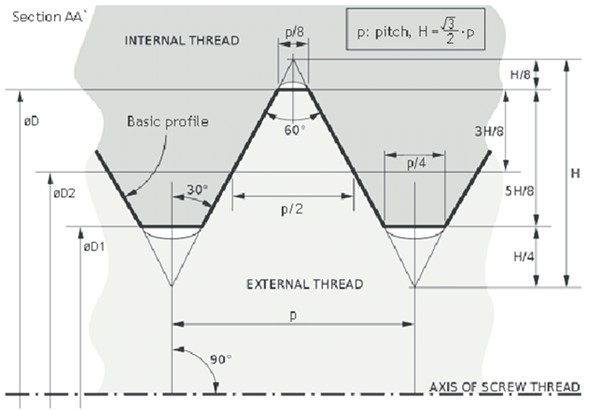 “M” in a metric thread has also indicated the diameter of the smooth-walled hole. ISO metric screw thread is a global thread, and fine thread has a small pitch compared to coarse thread. 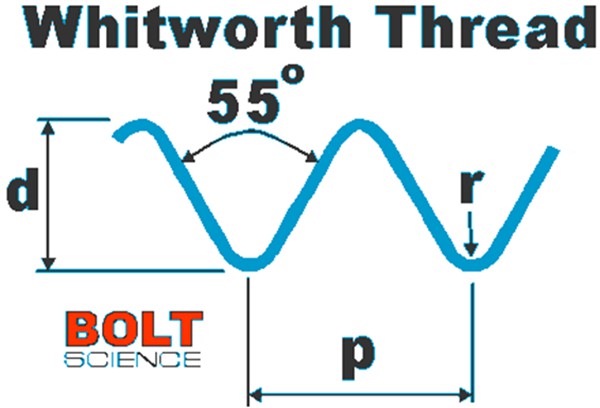 British Standard Whitworth (BSW) thread is devised and specified by Joseph Whitworth. It is an imperial -unit-based screw thread standard and was the world’s first national pipe tapered thread standard.

British standard threads are one of the main types of threads and have coarse pitches and bases of many other standards such as BSCon, BSF, and BSCopper. BST is used for special purposes such as line adjustment and can find on bolts.

BSF (British standard thread with fine pitches) increases vibrations in automobile and aero work and line adjustment. These types of threads can also be used for the internal thread size and external thread size of iron and steel pipes where great strength is required. The thread form of BST is as follows: 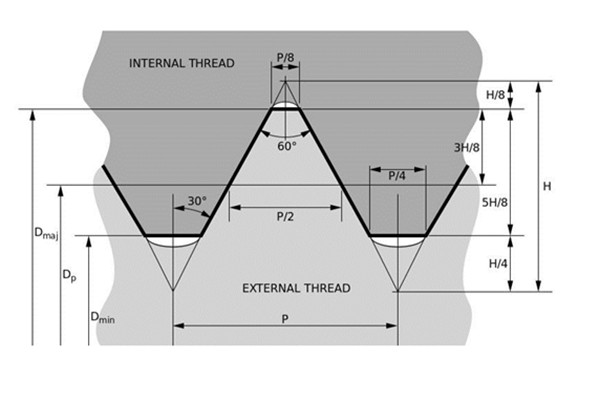 1. This thread type is used for applications requiring liberal tolerance for easy assembly.

2. This class of unified threads is commonly used for general applications.

3. The last class of unified standard thread is used where the accuracy of thread elements and closeness of fit is essentially required or important.

Unified threads standard (UTS) is the main standard thread type for nuts bolts and has the same 60° profile as ISO metric screw thread.

The unified threads standard is the one thread form used in three countries, i-e, Canada, the United States, and Great Britain, under an agreement with the included angle of 60° so that they can easily exchange machinery and thread identifying tools. The unified threads standard is a general-purpose screw thread controlled by ANSI/ASME in the USA. 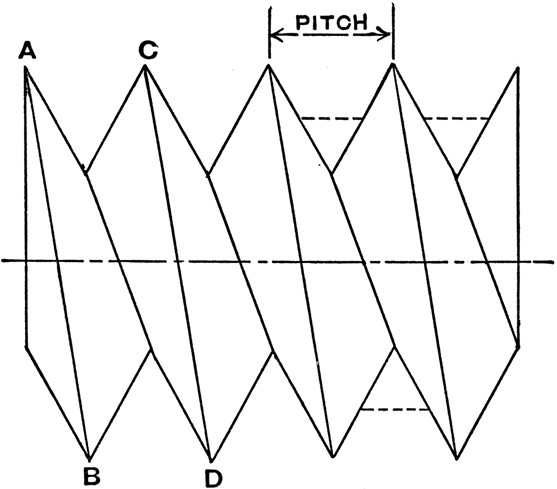 “V” shape threads are widely used, and you can cut them with a lathe machine, tap, or die. The thread shape is like the English alphabet V as their name reflects the form of screw threads. 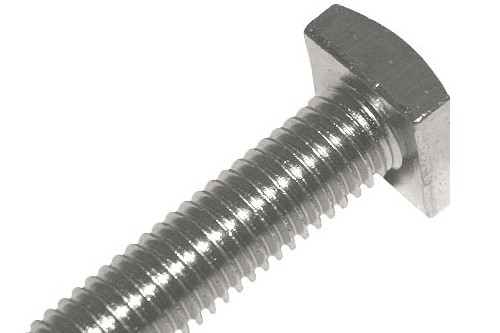 The square thread has high efficiency. It is used to transmit power, high load applications such as jackscrews and leadscrews. Square thread is a common screw thread form among the different types of threads, and its name is due to a square cross-section of the thread.

Square thread type is less strong than V-thread, but it can offer less frictional resistance to motion than the whitworth thread. 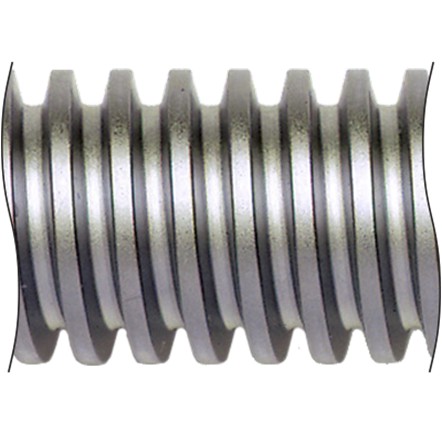 Acme thread is mostly used for brass valves, bench vices, and screw-cutting lathes. It is a transformation of the square thread and can easily be produced. Acme thread type is stronger as compared to square thread. There are three types of general-purpose acme thread 2G, 3G, and 4G. Each class is used for the assemblies and clearance on all standard size diameters. 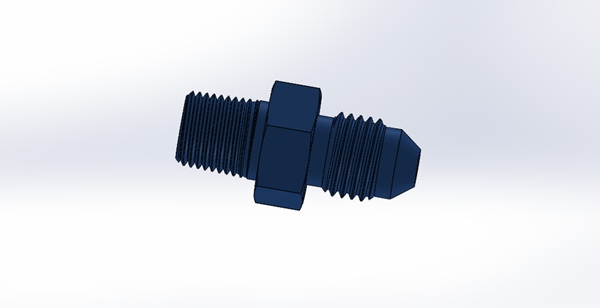 Knuckle thread is a thread form of the screw thread terminologies and can be used for ready and rough work. It has a rounded top and bottom. It is sensitive and can easily be inclined to damage and dirt. Knuckle thread is an adoption of the square thread, and they can easily be cast and rolled. The angle of the knuckle thread is 30 degrees. Knuckle threads are one of the different types of threads used in necks of glass bottles, coupling gears, valves, fittings, slides, hydrants, large molded insulators used in the electrical trade, and railway carriage couplings.

Buttress threads can be referred to as two-thread profiles:

1. Sawtooth thread: a type of leadscrew used in machinery and known as breech-lock thread form. It allows the thread to withstand great loads in one direction. It has low friction.

2. Buttress pipe thread is a type of trapezoid tapered pipe thread used in the oil industry as a hydraulic sealing thread form.

Buttress threads have the advantage of both V-threads and square threads and are used to transmit power when it is transmitted in one direction. It has the same strength as most threads of V-thread and has low frictional resistance characteristics of the square thread.

The height of buttress thread engagement is 0.6p and has a clearance angle from normal to the axis of 45 degrees. Common examples of buttress nuts and rods are airplane propeller hubs, breech assemblies of large guns, and columns for hydraulic presses. 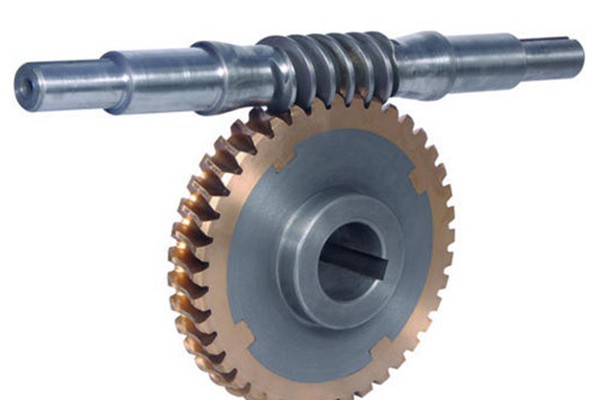 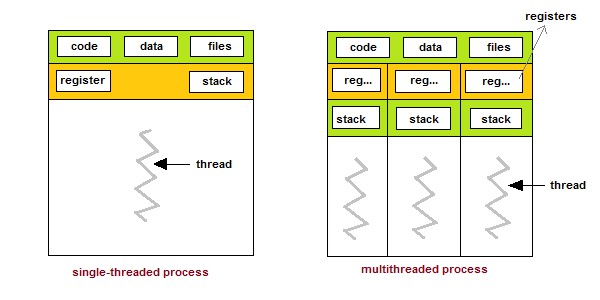 Some independent and separate threads are also found in screw thread terminology and can run along with a piece of work; therefore, single-threaded screws and multi-started threaded screws are used in some pieces of work.

2: The multiple-threaded screw refers to when there is a moment of more than one thread. We can use multi-start threads in cases where fast motion or movement is required.

In order to choose the right thread, you need to pay special attention to some specific characteristics of the thread. It will provide you with the right strength and ensure better performance for various applications. Some of these tips are listed below.

● You can not use all types of screw thread for all applications. Each type is specifically designed to perform its specific task and manufactured with various materials to perform different functions.

● Some screw threads may need sharp designs made for drilling directly, while on the other side, some may require pre-drilled holes for their proper working.

● Thread spacing can vary in other screws, which are very important for different characteristics of screw threads.

In product design, the application of different types of threads will be considered. In addition to directly processing threads on parts, there are also methods of Helicoil and copper inserts. For products of different materials, different thread types and thread processing methods are applied, and professional testing is adopted to control quality.

WayKen has a professional engineering team and rich experience in prototyping. We also have in-depth knowledge of the different types of bearings and fasteners in machining. We are committed to providing you with a one-stop service and thread solution that fits your project, upload your CAD files today!